Madison Communications would like to take a moment to recognize our technicians that participated in their first SCTE Gateway Chapter Cable-Tec games since 2019. The SCTE (Society of Cable Telecommunications Engineers) is an international organization that is split up between 68 chapters.

The team that won first place overall and represented Madison in St. Peters, MO was Daron Verbais, Brent Phillips, Myron High, and Bryan Huffstutler. The Chapter Cable-Tec games are comprised of 7 events, all of which are judged on accuracy and time and consist of tasks that the technician’s may or may not complete in any given day. The events are as follows: Cable Jeopardy, Mainline Cable Splicing, Drop Splicing, MTDR, OTDR, Meter Reading, and Fiber Splicing.

The following week, we sent a different team to Bloomington to compete at the Five Rivers Chapter Cable-Tec Games. This team consisted of Tanner Pieri, Greg Crabill, Randy Miller, and Erick Goode. This was the first time that these individuals experienced the games. It was a great initial exposure that resulted in an abundance of gained knowledge all while having fun!

Madison would like to specially thank both teams for taking the extra time to prepare for these competitions. They make us all very proud! 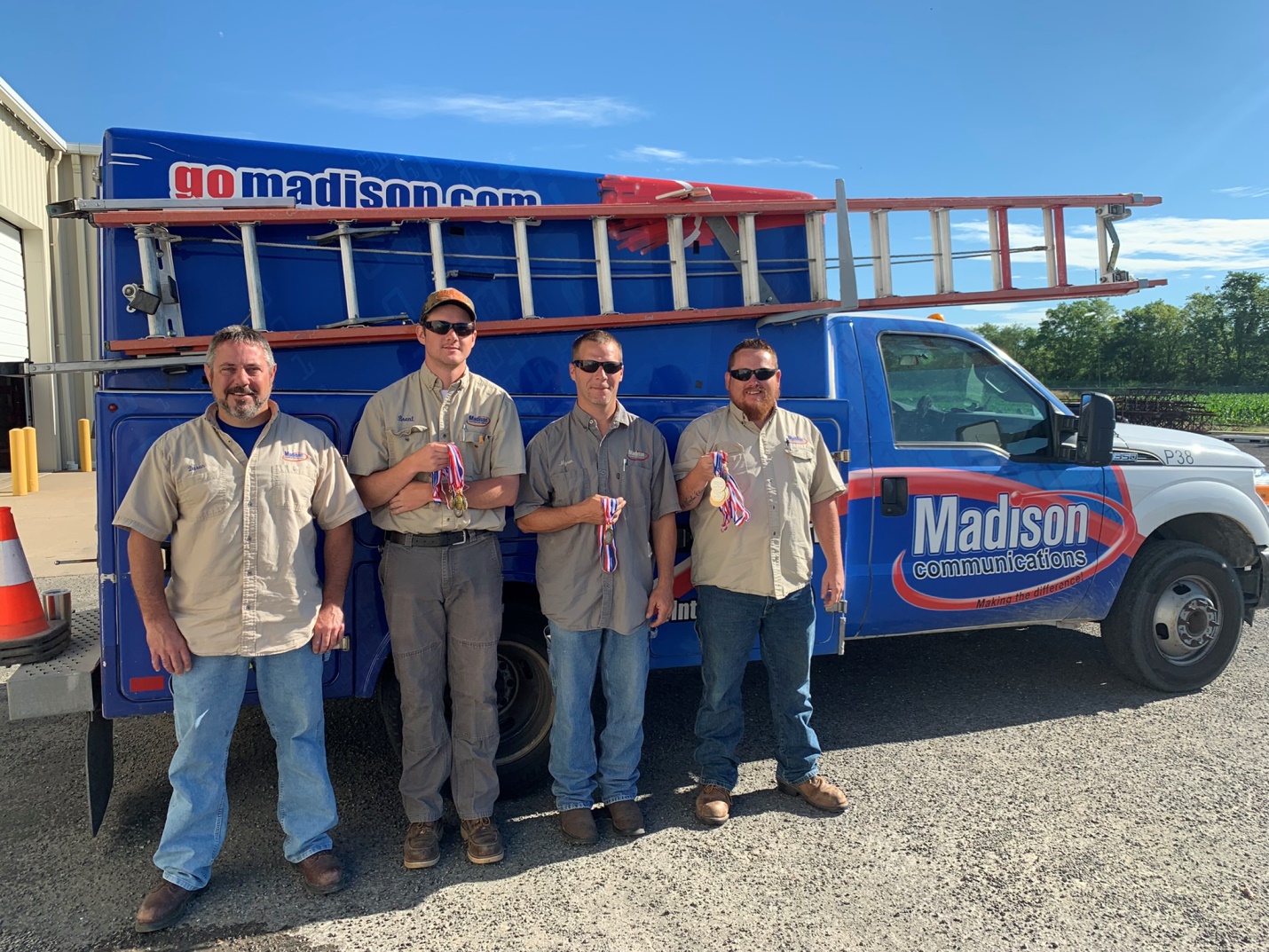