Our technician team made up by Darin Jansen, Brian Henfling, Brent Phillips and Jeremy Maggart won 1st Place Overall at the Society of Cable Telecommunications Engineers (SCTE) “Cable-Tec Games” in May.

Madison was just one of many St. Louis area cable operators represented at this event which challenges cable TV technicians to compete in events that measure their technical abilities, such as cable splicing and meter reading, and demonstrate their knowledge, such as cable jeopardy.  This honor will allow them to compete this September in the Mid-America Games held in Oklahoma City.

Not only did Madison’s team finish as “Best Team Overall” for the ninth year in a row, but members of Madison’s team also placed in the individual competition as follows:  Jeremy Maggart, who placed 2nd overall in the individual competition, received a gold medal for Mainline Splicing and silver medals for MTDR and Cable Jeopardy.  Brian Henfling won a gold medal in OTDR.  Darin Jansen received a silver medal in Meter Reading and Brent Phillips won a bronze medal in Drop Splicing.  In addition to the winning team, individual competitors from Madison included Myron High, Shane Cutright, Bobby Wicke and Brian Allen, who won a bronze medal in Meter Reading.  Madison’s management team commends each of them for their individual focus and team commitment to the skills and attributes that serve Madison customers. 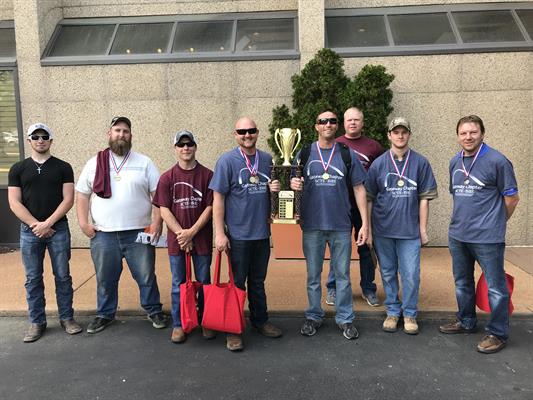